Monaco, officially the Principality of Monaco, is surrounded on three sides by its neighbour, France, and its center is about 9.9 miles from France. Monaco is the second smallest country by size in the world; only the Vatican City is smaller. Monaco is also the world’s second smallest monarchy with Prince Albert II as head of state, and one of the most densely populated countries in the world. To give you an idea its area covers 0.78 sq mi. with a population over 30,000.

Monaco’s main source of income is tourism; each year many are attracted to its casino and pleasant climate. Monaco has 5 casinos but Monaco’s own citizens are not allowed to gamble in the casinos.

Since 1929, Monaco has been known for holding one of the most prestigious automobile races in the world, the Monaco Grand Prix, held annually in the streets of Monaco.

Monaco and Monte Carlo offer some of the most exclusive shopping, with all the top designers in the world and best brands you can imagine. Monaco also has many antiques shops, with rare and exclusive antiques. I’ll have to get my Euro’s ready.

I was thinking of getting a tour but then when I realized how small it is I though we could just walk it. Think about it as the size of Mile Square Park in Fountain Valley, CA. That’s right we could just walk literally around the country if we wanted to. But most likely we will walk around the bay, the shopping areas and maybe check out the casino. Although I heard they give you the looks because only they only want the wealthiest to drop down their money.

One interesting fact about the casino is they don’t let Monaco residents play. 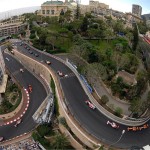 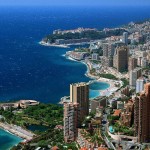 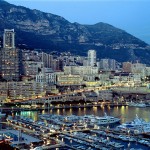 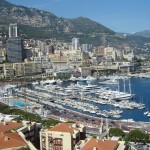 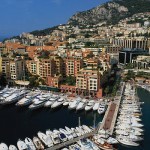 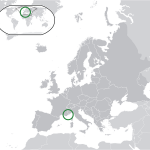