Venice, need I say more? But I will… Vanice is a city in northern Italy and is the capital of the region Veneto, with a population of the whole Comune of about 270,660. The city historically was the capital of the Venetian Republic. Venice has been known as the “City of Water”, “City of Masks”, “City of Bridges”, “The Floating City”, and “City of Canals”. The New York Times described it as “undoubtedly the most beautiful city built by man”.  Venice was also described by the Times Online as being one of Europe’s most romantic cities.

The city stretches across 117 small islands in the marshy Venetian Lagoon along the Adriatic Sea in northeast Italy. Transportation within the city remains, as it was in centuries past, entirely on water or on foot. Venice is Europe’s largest urban car-free area, unique in Europe in remaining a sizable functioning city in the 21st century entirely without motorcars or trucks. The classical Venetian boat is the gondola, although it is now mostly used for tourists, or for weddings, funerals, or other ceremonies.

Interesting Fact: The buildings of Venice are constructed on closely spaced wood piles, which were imported from the mainland. Under water, in the absence of oxygen, wood does not decay. It is petrified as a result of the constant flow of mineral-rich water around and through it, so that it becomes a stone-like structure. The piles penetrate a softer layer of sand and mud until they reach the much harder layer of compressed clay.

Some recent studies have suggested that the city is no longer sinking, but this is not yet certain; therefore, a state of alert has not been revoked.

Check out the live streams for pictures and video from Venice. 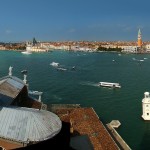 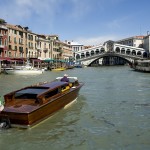 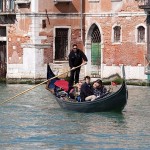 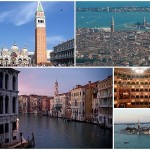